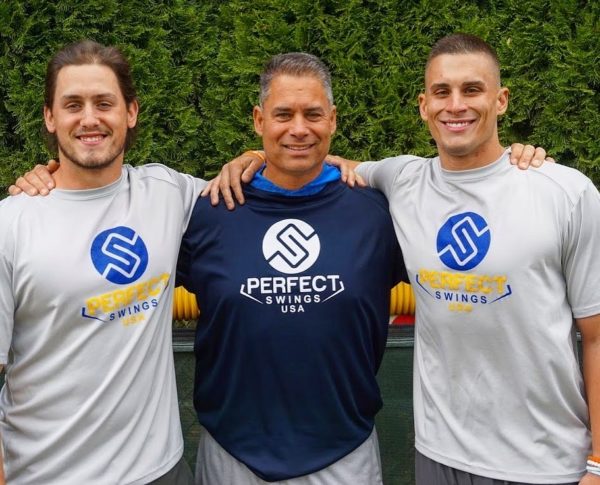 The coronavirus pandemic has put a damper on baseball season, but a Vienna family won’t let the virus strike its plans to launch a business selling baseball training equipment.

John Morabito, 53, and his two sons Nick, 27, and Dominic, 25, are the three founders behind Perfect Swings USA.

John, who grew up in McLean, told Tysons Reporter that he has been coaching baseball in McLean and Vienna since 1991. Nick and Dominic both grew up playing sports in Vienna, he added.

All three men have played at the collegiate level and have coached teams from little league to minor league players, according to the company’s website.

Now, they are looking to sell hitting tools — the Swing Path Trainer and the Tempo Trainer — to help players improve.

Turning Their Passion Into New Products

Nick told Tysons Reporter that his family came up with the idea for the tools about 10 years ago to help him and his brother get better at baseball.

“Before we ever became a business, bringing homemade Swing Path Trainers around got great feedback from baseball and softball coaches,” Nick said.

The family originally developed the trainers from PVC pipe and wood they got at Home Depot, he said.

“We had no aspirations of turning it into what it is today,” Nick said. But that changed after Dominic graduated and encouraged his family to turn their idea into the business.

“[Dominic] was either like, ‘I’m going to find a corporate job or let’s start this business,'” Nick said. “My dad was getting ready to retire… We took this on full time.”

In the last year, they’ve been working with an engineer and Boston-based Gamut Run Partners, LLC. Nick said that they have three patents for their products.

The family started to manufacture the products about a year ago, Nick said. Since then, they’ve showcased the trainers at conventions around the U.S. late last year and early 2020, according to the website. 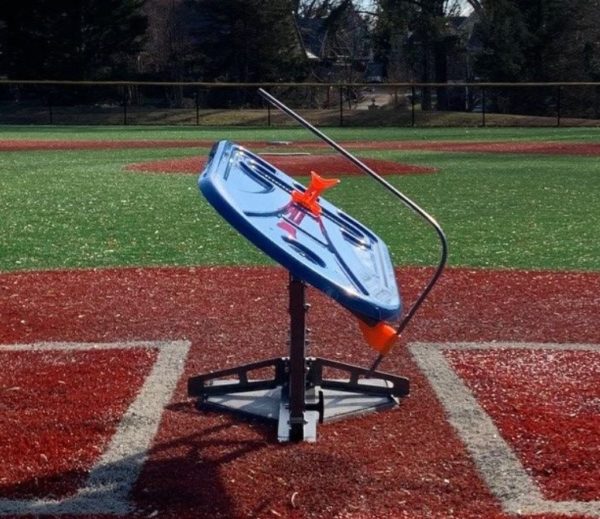 The Swing Path Trainer ($349) helps the athlete to keep the bat in the hitting zone with the proper angle, while the Tempo Trainer (undecided price) helps the athlete’s tempo and rhythm during a swing, according to their product descriptions.

“It’s almost like a self coach for the kid or the trainer or the coach,” Nick said, adding that the products help improve players’ swing mechanics.

The products are geared towards little leaguers all the way through high school and college, Nick said, adding that “everybody” can use the products.

While they haven’t sold any of the products yet, Nick said that they have given four away — one to the UCLA softball team, another to a high school in California, a third to a man who runs a show in Texas and the fourth to “my little cousin.”

In the future, Nick said they are looking to release more products and features in the future once they finalize prototyping.

Challenges of Starting a Business During the COVID-19 Pandemic

Trying to start up the business has been challenging at times for the family.

Production, which involves some parts that come from China, was delayed earlier this year due to a shutdown for Chinese New Year and then slow down several weeks later to add extra precautions for workers due to the coronavirus, he said.

“We’re supposed to go into production tomorrow to start shipping May 1,” he said.

While they are aiming to start selling the products in May, that date could change. “It’s been hard to finalize and put on a date on anything,” he said.

The pandemic affected their plans to travel to conventions and tournaments around the U.S., he added.

As for marketing, Nick said that he’s trying to get the word out in magazines and publications, but has faced some challenges with collegiate baseball publications now that the season is over.

The biggest challenge, though? Nick said that making changes to the products within certain timeframes has been hard.

“We’ve run through six to seven different prototypes,” he said. “This is new for us.”

Despite their obstacles, Nick is staying optimistic.

“We’ll get through this,” he said, adding that coaches might have more time now to watch product demos than if they were traveling with their teams during the season.

Working as a Team

The whole family works together on the new business, Nick said, adding that most of the financial investments have come from him and his father.

“Dad kind of oversees everything,” he said. “He’s mentoring us along.”

While Nick focuses on the sales and marketing side, he said his brother takes care of the operations and engineering while his mom asks people for reviews and manages the product photo shoots.

“We’re a local family. We have a lot of great relationships with local little leagues,” Nick said. “We’re looking to give back.”

November is on the horizon, and in Virginia, that means it’s almost time for another Election Day. This year, voters will determine the Commonwealth’s future for the next four years,…