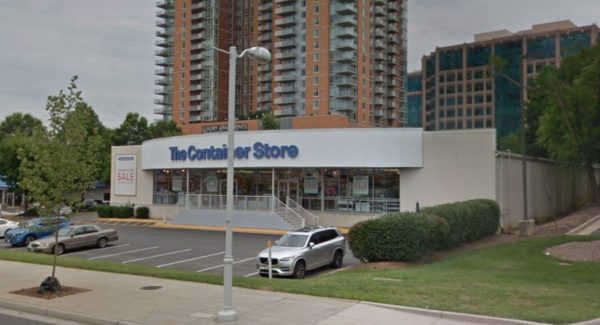 Fairfax County is seeking proposals that would revamp the former home of the Container Store into a pop-up space.

The site sits across from Embassy Suites by Hilton by the Spring Hill Metro station. After the Container Store relocated from 8508 Leesburg Pike to 8459 Leesburg Pike in 2018, the Fairfax County Board of Supervisors bought the site.

The county announced yesterday (Monday) that the new Department of Economic Initiatives has an inaugural pilot aiming to “transform vacant commercial spaces into economic development destinations,” and its first commercial space will be the Leesburg Pike spot, according to the press release.

Moudry, who started as the director in October, said that the “pretty small” department is staffed by 11 people and is embedded within a larger county structure that works with partners like the planning, transportation and economic development departments.

The department chose “Activate Fairfax: 8508 Uncontained” as its first project to fit into the bigger picture of people moving away from suburban and office environments to urban, multi-modal options, she said.

“It’s actually what we’re trying to do,” she said about the project’s name. “We literally want to activate this particular space.”

Moudry said that it could take three to five years before the county kicks off the road work. Until then, the initiative looks to turn the vacant 19,000-square-foot storefront into a useful space.

While Moudry said that other programs in the region and around the country have focused on pop-ups and activities, Moudry said that “Activate Fairfax: 8508 Uncontained” is looking for pop-ups that will last longer than usual.

“We’re not talking a weekend or a couple of months,” she added.

The county is accepting applications that intend “to develop, implement, manage and market an activation program” until April 20, the press release said.

“Dynamic pop-up, cultural, artistic or community-oriented programming aligned with these goals will be encouraged to ensure that the space functions as a vibrant asset and experience for residents and visitors,” the press release said.

Moudry said she hopes the applicants generate new ideas and innovate concepts. “We have a set of goals and parameters for what we’re looking for within the space,” she said.

Two tours of the space for applicants and their potential contractors will be held at 1 p.m. on March 9 and March 23, Moudry said.

Once the application window closes, Moudry said the staff will take a few weeks to review the proposals and talk with potential operators about lease agreements. The goal is to launch the chosen proposal this year — potentially in the fall.