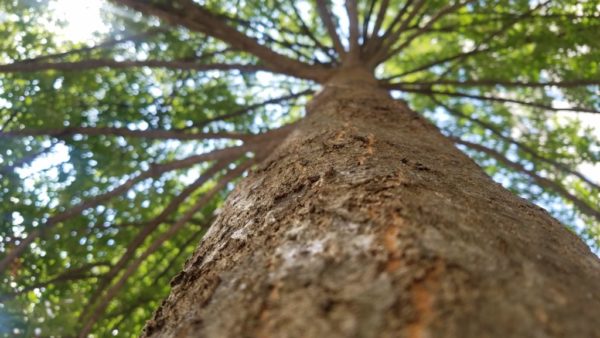 (Updated 2/13/2020) A bill that would let the Town of Vienna have unique tree canopy requirements has passed the Virginia House of Delegates.

Del. Mark Keam’s (D-35th) bill would let the town require developers to plant bigger trees so that they grow faster.

Keam told Tysons Reporter that he’s been trying to get different versions of this bill passed for about four years ever since town officials considered tree conservation on their legislative agenda a few years ago.

“I’ve had some luck in moving the needle,” Keam said about his latest attempt.

Keam said the bill was originally going to be in a larger package of tree-related bills in the House of Delegates. “Mine escaped,” he said.

While Keam said that he’s heard about the backlash Wawa received from some residents for chopping down trees it wasn’t supposed to in the town, he said that the Wawa incident did not influence the bill.

Still, Keam said he’s “not surprised” about the backlash and that he hears complaints “all the time” about developments’ impact on trees.

Keam said that the bill would put bigger trees in the ground so that the tree canopy requirements are met sooner. The bill is meant to improve the aesthetics and stormwater management in the town, he said.

“We are very proud of our trees,” Keam said, mentioning Vienna’s history as a “Tree City USA.”

Keam said that he believes the bill’s opponents thought it gave a local government too much power over developers and could have a negative economic impact on home builders.

“I am concerned that the requirement may have a negative impact on efforts to provide affordable housing,” Del. Mark Cole (R-88th) told Tysons Reporter for why he voted against the bill.

Since the bill affects a specific locality, it will need two-thirds approval to pass in the Senate. A Senate version of the bill from State Sen. J. Chapman Petersen (D-34th) was most recently in the Committee on Local Government.

Tysons Reporter reached out to Petersen’s office to find out when the bill might head to the Senate floor for a vote and will provide an update when more information is available.

“I’m hoping it survives,” Keam said about the bill’s prospects in the Senate.