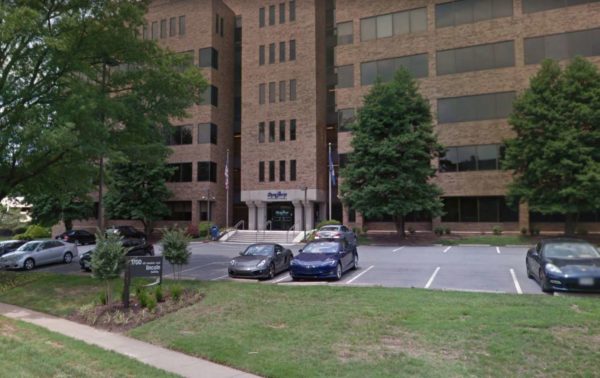 DynCorp International, LLC has agreed to pay $1.5 million to settle civil fraud allegations, according to a press release from the U.S. Attorney for the Eastern District of Virginia.

Located near the McLean Metro station, DynCorp is a global government services provider.

The allegations involve “two former DynCorp officials, Wesley Aaron Struble and Jose Rivera, who solicited and accepted kickbacks from an Iraqi subcontractor in connection with DynCorp’s lease of property for its operations in Baghdad, Iraq on behalf of the U.S. Department of State,” the press release says.

Struble and Rivera previously pleaded guilty in the Eastern District of Virginia to violating the Anti-Kickback Act for their role in soliciting and accepting at least $390,000 in cash kickbacks from the Al-Qarat Company in exchange for influencing DynCorp’s lease of property in Baghdad at a lease amount higher than the previous lease. The lease costs were included with services for international civilian policing that DynCorp billed under a U.S. Department of State contract in 2011 and 2012.

The settlement resolves the alleged liability of DynCorp for violation of civil penalties under the Anti-Kickback Act and the civil False Claims Act arising out of Struble’s and Rivera’s fraudulent conduct while employed by DynCorp.

The resolutions obtained in this matter were the result of a coordinated effort between the U.S. Attorney’s Office for the Eastern District of Virginia, the Department of State Office of Inspector General, and the Federal Bureau of Investigation.

The matter was investigated by Assistant U.S. Attorney Christine Roushdy. The civil claims settled by this False Claims Act agreement are allegations only; there has been no determination of civil liability.

The company celebrated its new headquarters at 1700 Old Meadow Road in 2014.