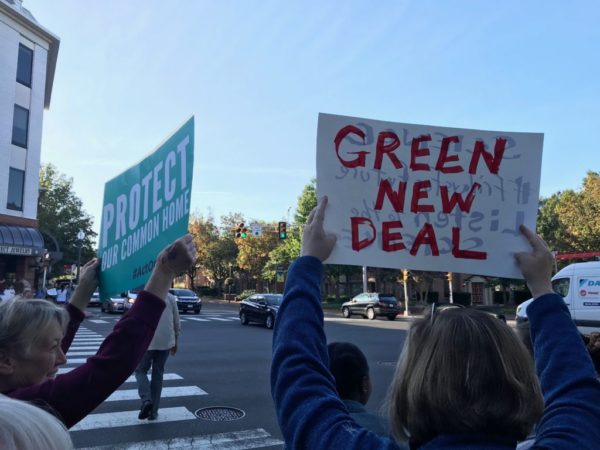 In two weeks, Fairfax County public school students plan to demand action on climate change in Vienna as part of an international strike.

“This is not a hypothetical. This is not a partisan issue,” Deepa R., a climate activist and junior at James Madison High School, said in a press release. “This is real, this is now, and this is the way that we as a species will die if we don’t take action.”

Elected officials and local groups are expected to attend the strike, including School Board Member Ryan McElveen, 350 Fairfax and Mothers Out Front Fairfax, the press release said.

The strike in Vienna is a part of a larger effort organized by the Sunrise Movement, along with the help of youth coalition groups.

After the nationwide climate strike in September ahead of the UN Climate Change panel, this strike aims to encourage young activists to strike during the UN’s annual climate conference.

The student strike in Vienna is being organized by Katie M., a high school climate activist who was recently honored along with fellow student Wendy G. by the Fairfax County Board of Supervisors for pushing for climate change, according to the press release.

At the strike, the students and adult allies plan to call for a Green New Deal for Fairfax County Public Schools that works switch all of the schools to net-zero carbon emissions by installing solar panels and energy-efficient windows. The plan would also continue the push for electric school buses in the county.