Fairfax County police have arrested the owner of a development company in connection to a teen boy’s death at a McLean construction site.

On July 23, a ditch collapsed on a residential construction site in the 1800 block of Solitaire Lane, trapping two people, police said. Spencer Lunde, a 16-year-old, died and an adult man received non-life-threatening injuries. 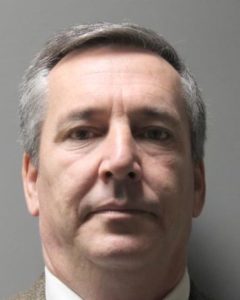 “The manner of death has been ruled accidental with the cause being asphyxiation,” police said in August.

“On Monday, evidence was presented to a grand jury who indicted Thomas Digges, 48, of McLean, on charges of involuntary manslaughter and cruelty and injuries to children,” Fairfax County police announced today (Thursday).

Digges is the owner of McLean-based Digges Development Corporation. The construction site where the teen died was a small housing project that Digges was building, WUSA9 reported.

Police said Digges turned himself into the Fairfax County Adult Detention Center this morning (Thursday) and has since been “released on his own recognizance.”