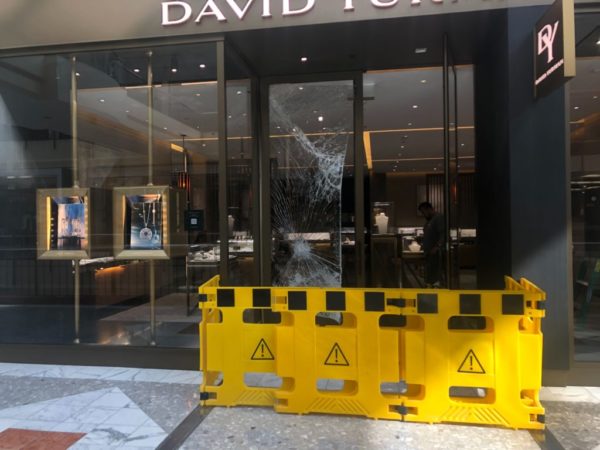 (Updated at 2:45 p.m.) The Fairfax County Police Department is investigating burglaries in Tysons Galleria that have left two jewelry stores with smashed windows.

The police department used its helicopter to search for “several suspects,” Bedor said.

The rest of the stores in the mall appeared to be open.

Bedor said that Tysons Galleria is not open 24/7 — the hours listed on the mall’s website indicate that the mall opens at 10 a.m. and closes at 9 p.m. Monday-Saturday, with different hours on Sundays.

Kalina Newman contributed to this story.