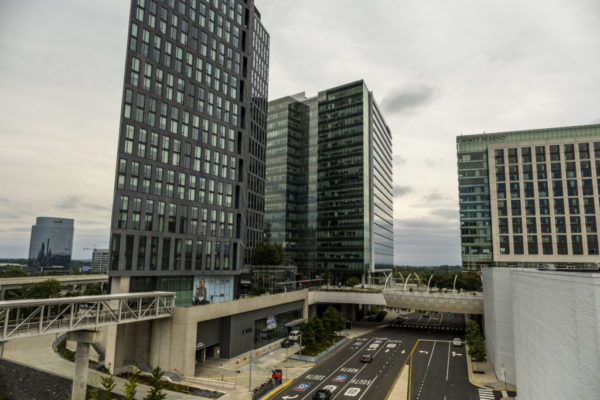 As residential use explodes in Tysons, Fairfax County officials are quick to point to a growing amount of affordable housing in the area.

Chris Caperton, the director of the Urban Centers Section, updated the Board of Supervisors today (Oct. 8) on the progress in Tysons in the last year.

One of the biggest takeaways — “Residential is hot in Tysons,” Caperton said.

“We’re sort of catching up to that number,” Caperton said.

Of the 53 million square feet, more than half of it is office space, while about a quarter is residential.

Providence District Supervisor Linda Smyth was quick to note that affordable housing units have increased, saying that more than 200 have been recently added to Tysons.

Caperton added 750 affordable housing units have been completed, while 4,220 are expected in the near future. It is unclear if Caperton’s calculations included just approved developments or also unapproved ones as well.

When Tysons Reporter wrote about Affordable and Workforce Dwelling Units (ADUs and WDUs) in May, Tysons had 536 units at the time with an average occupancy rate of 94% and 3,919 were committed by developers.

Residential uses aren’t the only increases in Tysons. Caperton shared that transit options — like an 8% increase of Metro ridership in the Tyson area since April — are flourishing. The Tysons Corner station is now the busiest one for Capital Bikeshare in Fairfax County since May — surpassing the Wiehle-Reston one, Caperton said.

Caperton and several supervisors pointed to growing connectivity in Tysons — from the new Vesper Trail to the Jones Branch Connector — that will hopefully get Tysons to reach the county’s vision as a place to work, live and play.