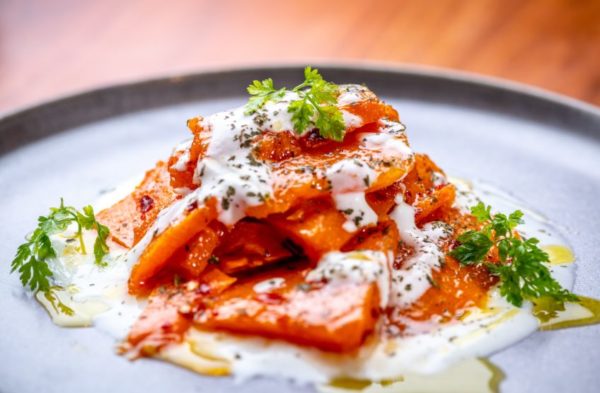 A refugee chef is planning to serve up traditional Afghan cuisine at Harth as part of a pop-up event series later this month in Tysons.

Hilton McLean Tysons Corner (7920 Jones Branch Drive) teamed up with Tables Without Borders on the limited dinner series featuring dishes by Chef Nejat Ahmadollah, which diners can experience with the tasting menu or a la carte, the Hilton press release said.

Some of the menu items will include:

Ahmadollah, an asylum-seeker from Afghanistan, came to the U.S. with his wife and kids in 2015.

“I’m looking forward to sharing my passion and love for cooking and Afghan cuisine with guests at Hilton McLean,” Ahmadollah said in a press release.

To prepare for the pop-up event, Ahmadollah plans to work with Harth’s Executive Chef Philip Thompson to create a menu that will focus on locally-sourced and traditional Afghan ingredients, the press release said.

Hilton is promoting the event as part of its “Travel with Purpose 2030 Goals” — the hotel chain’s strategy of encouraging sustainable, global travel.

Part of the proceeds from the dinners will benefit HIAS, a nonprofit focused on refugee resettlement and advocacy.

“Tables Without Borders enables me to showcase authentic dishes representative of my country’s history and timeless traditions while adding a modern twist,” Ahmadollah said.