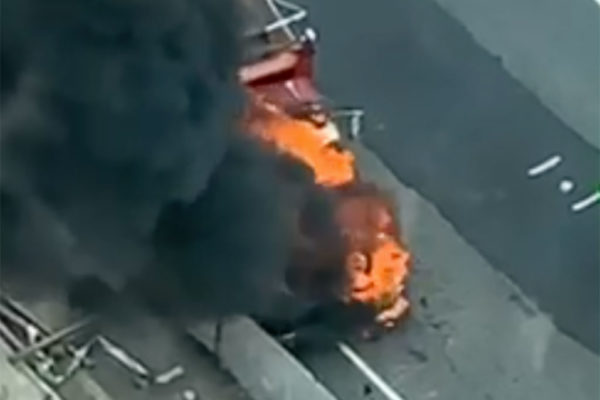 Firefighters have extinguished a dump truck fire that broke out this afternoon by the Nouvelle Apartments in Tysons.

Fairfax County Fire and Rescue said they were on scene at Westpark and Jones Branch drives around 12:25 p.m., according to a tweet. The truck was by the construction site for the Monarch, a 20-story condominium tower northeast of Tysons Galleria.

One reader sent a video to Tysons Reporter showing the front part of the truck in flames and firefighters hosing the truck down.

The fire department tweeted that people can “expect delays in the area.”

Units currently on scene of a dump truck fire on Westpark Drive and Jones Branch Drive in the Tysons area. Fire has been extinguished. Expect delays in area. #FCFRD #FairfaxCounty #traffic pic.twitter.com/Bh5pj4srGz