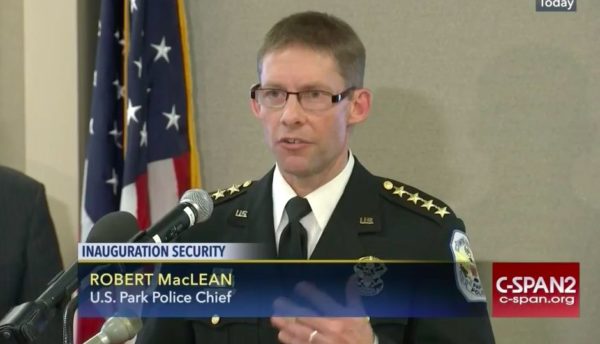 The U.S. Park Police Chief Robert MacLean said yesterday (Wednesday) that he is stepping down.

The announcement came nearly two years after a fatal shooting of a Tysons man by U.S. Park Police that politicians and community members are still trying to get answers to.

The FBI has been investigating the Nov. 17, 2017 shooting where two U.S. Park Police fired into a Jeep Grand Cherokee and hit Bijan Ghaisar, a 25-year-old.

MacLean told Fox 5 DC that he is met with the Ghaisar family shortly after the incident to provide them with more explanation and that he is leaving the case to the FBI to “bring that impartiality and objectivity.”

MacLean worked for the Park Police for nearly 30 years, having positions in both the operational and administrative areas, according to his bio. He was selected to be the acting police chief in December 2013.

According to Fox 5 DC, he has a job lined up at the Office of Law Enforcement and Security at the Department of Interior.

Breaking-U S Park Police Chief Robert Maclean is stepping down, according to two sources, and will be taking a job with the Department of Interior. No word yet on an interim chief. Maclean leaves without ever publicly addressing the shooting of Bijan Ghaisar by 2 of his officers. pic.twitter.com/85fdH0TC5v