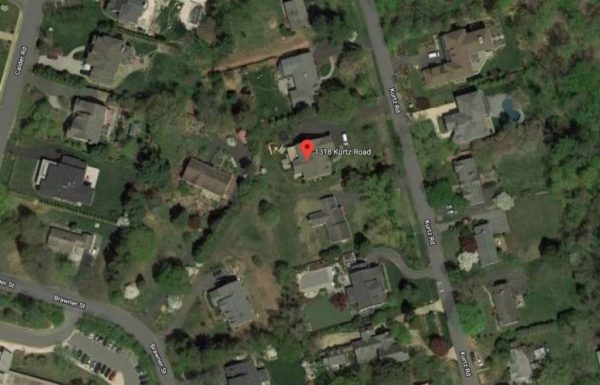 A controversial for-profit therapy program got a win in a Fairfax County zoning official’s letter.

Newport Academy, a therapy program for teens with mental health or addiction problems, wanted to open two treatment facilities — one along Davidson Road and another at 1318 Kurtz Road in the Salona Village neighborhood.

While the planned treatment facilities have received widespread community backlash, Newport Academy has hinged its claim on the two locations being by-right uses — a use that won’t require approval by the Board of Supervisors.

Johnson’s letter notes that Newport Academy is no longer planning to open a facility at the Davidson Road properties.

“Newport Academy has instead filed a revised license application with the Virginia Department of Behavioral Health and Developmental Services to operate a single Mental Health Children’s Residential Service for up to 8 female residents ages 12-17 to be located at 1318 Kurtz Road,” the letter said.

More from Johnson’s letter to the legal counsel for Newport Academy:

Your August 5 letter did not fully respond to my questions, but you did indicate that at the time of admission a resident is expected to stay between 45 and 90 days, with the average stay between 45 and 60 days. You note that Newport Academy is not a drug rehabilitation facility and does not provide detoxification services; no individual who enters treatment with Newport Academy is currently using illicit substances.

Further, you state that no staff will live at the Kurtz Property, but you did not indicate how many non-resident staff will be on site at any one time. You stated that my request for such information is solely within the purview of VDBHDS. (We have requested and received this type of information from other providers of residential mental health and disability services as part of similar use determination requests.) Based on a review of the license application for the Kurtz Road property, it appears that at least 8 staff members will be on site from 8:00 am to 7:00 pm. You indicate that mornings will typically be set aside for academics and individual therapy, afternoons for group therapy (including music therapy, life skills counseling, yoga, meditation and other fitness activities) and evenings reserved for additional study and therapy as needed. Meals will be eaten in a family-style setting, and residents are engaged in programming and under staff supervision from the time they wake up until they go to sleep, with “awake” supervising staff on site 24 hours per day.

With regard to parking, you note that the Zoning Ordinance does not limit the amount of parking on a residential lot, but that the driveway can accommodate up to 8 vehicles, not including the 3-car garage… It appears that the property currently complies with these provisions. However, any future paving or expansion of the driveway within the front yard could conflict with this provision. Finally, you indicate that Newport Academy will take appropriate actions–through the use of a shuttle, off-site parking, and other means as necessary–to minimize the number of vehicles (whether staff or visitors) parked at the property at any given time.

The facility will need to be licensed by the Virginia Department of Behavioral Health and Developmental Services.

Johnson noted that the determination is not a written order or notice of a zoning violation and that it can be appealed to the county’s Board of Zoning Appeals.