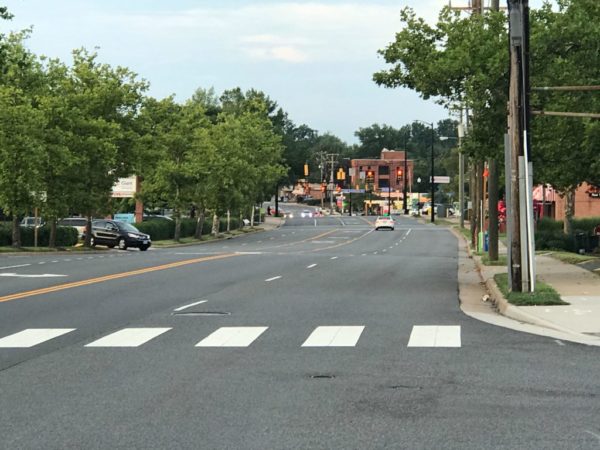 Fairfax County police are investigating a robbery at the T-Mobile store in downtown McLean.

The incident took place around 7:30 p.m. last night (Wednesday) at 1400 Chain Bridge Road, according to a police report.

Police said that five people stole merchandise and assaulted an employee in the store.

“The suspects are described as black, in their teens,” police said.

In a separate incident last night, police said that someone was assaulted in the 7900 block of Tysons One Place right by Tysons Corner Center shortly before 7 p.m.

While taking trash to the compactor area of a building, the victim found a man already in the room. Without warning the man began to cut the victims arm with a knife. The victim did not require medical treatment and the injuries were described as superficial.

Police are still looking for the man, who police described as “a black man with dreadlocks, in his 20s, 5’8″ and very skinny. He was last seen wearing all black clothing with holes in his jeans.”