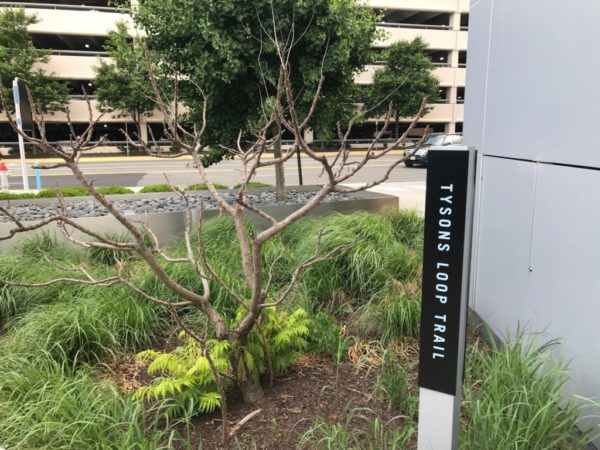 Police Investigating “Apparent Drowning” in McLean — “Detectives from our Major Crimes Bureau are responding to assume the investigation of an apparent drowning in the 1100 block of Pine Hill Rd in McLean.” [Fairfax County Police/Twitter]

Fire in Vienna Restaurant Saturday — Firefighters responded to a kitchen fire in a restaurant in the 200 block of E. Maple Avenue Saturday night with  “smoke showing upon arrival in [the] middle unit of [the] strip shopping center.” [Fairfax County Fire and Rescue/Twitter]

New Trails Coming to Tysons — “As a major road is widened in Northern Virginia, cyclists say their efforts to get transportation improvements are also being heard. Fourteen miles of new trails are coming along with new lanes along busy Route 7 in the Tysons area.” [Adam Tuss/Twitter]

Police Investigating Falls Church Man’s Drowning — “Detectives from our Major Crimes Bureau are investigating after the body of 55-year-old Lee Bowersett, of Falls Church, was recovered from Lake Barcroft [Wednesday] morning… Preliminarily, there are no signs of foul play.” [Fairfax County Police Department]

Man Pleads Guilty to Fitting Rooms Filmings — “Of the charges to which 39-year-old Mumtaz Rauf pleaded guilty, one was a felony and three were misdemeanors… Rauf was arrested last December after a teenage girl at Fair Oaks Mall in Fairfax told store employees that she saw a camera in a Forever 21 changing room.” [WTOP]

School’s Out, But Free Meals Are Still Around — From June 17 to Aug, 23, the Free Summer Meals for Kids Program provides meals to kids ages 5 to 18 during the summer. [Fairfax County]