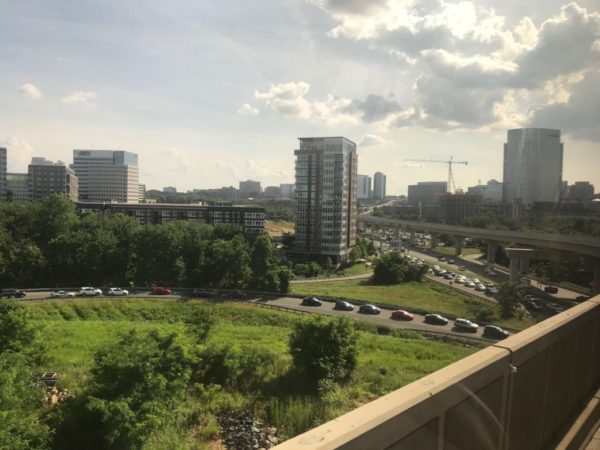 Fairfax County Voters Receive Mass Political Texts — “An unknown number of Northern Virginia residents have received anonymous, unsolicited text messages linking to WAMU’s coverage of an ethics complaint filed against a top candidate for chair of the Fairfax County Board of Supervisors… The texts were not sent by WAMU.” [WAMU]

New Bike Trail Needs a Name — The Fairfax County Department of Transportation wants the public’s help with naming a new bike and pedestrian trail along the I-66 corridor. The online survey is open until June 30. [FCDOT]

Man Struck and Killed on I-495 Near Tysons — “Around 12:33 a.m. [on Saturday, June 8], a sedan traveling north on I-495 near Route 7 in Fairfax County when the car ran off the right side of the interstate and struck a concrete barrier and then the guard rail. The sedan’s driver, an adult male, exited his vehicle and was attempting to cross the northbound lanes of I-495 when he crossed in front of a northbound tractor-trailer.” [Inside NoVa]

Fires Erupted Around Vienna — Firefighters got a two-story house fire in the 9000 block of Edgepark Road under control yesterday (June 9). On Saturday, firefighters extinguished a deck fire in 8500 block of Pepperdine Drive. [Twitter, Twitter]