We’re quite impressed with Commonwealth, and have been for a while.

Since we opened Dominion Wine & Beer over 5 years ago we haven’t seen a brewery take Commonwealth’s approach to distribution. Some lucky breweries don’t ever have to sell their beer to a distributor, meaning their beer is not available in local craft beer stores.

They have enough demand to sell their beer straight out of their brewery and people will wait hours in line for those brews. Most breweries strive for that goal, but Commonwealth went about selling their high quality beer just a bit differently.

Since opening up in Virginia Beach, Virginia in 2015, founders Jeramey Biggie and his wife Natalie have created a craft beer distribution method rarely seen before.

So what makes Commonwealth so unique?

Their model is to brew the quality of beer people typically wait in line at breweries for, but predominantly distribute it to local stores and restaurants in Virginia, Maryland and D.C. On average, every two weeks, like clockwork, Commonwealth will distribute 4-6 new unique beers into our area.

Never have we seen something like this in distribution. With all of that said, Commonwealth has become an incredibly strong brand for us, as well as many others in the area. 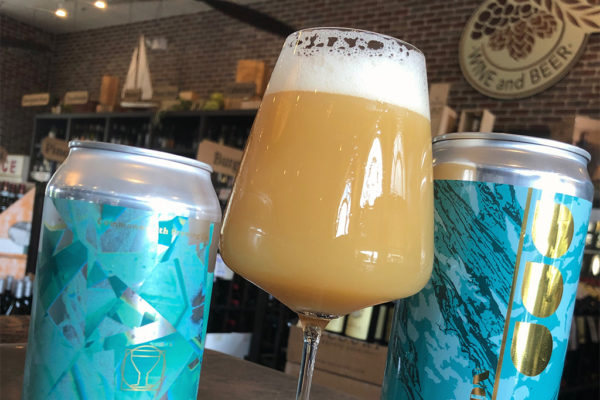 Another unique quality Commonwealth brings is their creativity when it comes to the beer itself and the beautiful artwork and design of the labels they put on their cans. With the help of a self described “strategic drinks packaging design agency that builds creatively rare, commercially right brands” called Thirst Craft out of the United Kingdom, founder Jeramey Biggie gets exactly what he asks for.

“I want to visually see the flavors I taste in the can.” You can see some examples of this artwork on their Instagram page found here.

Next time you’re in your favorite bottle shop, make sure to check out what Commonwealth beers they have in stock. You will not be disappointed.

At Dominion Wine and Beer we will always have their most recent release of fresh Commonwealth brews.