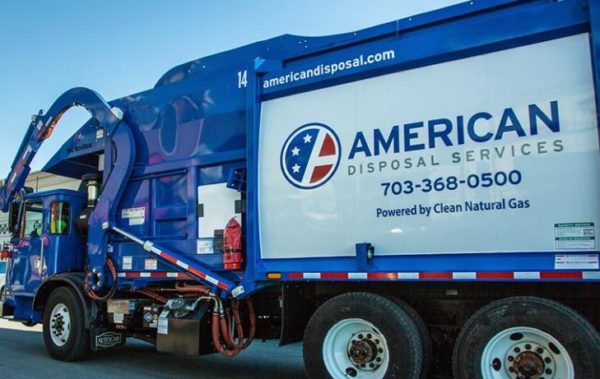 Fairfax County is investigating reports of missed trash pick-ups by a solid waste and recycling collection company in preparation to take legal action.

During the county’s Board of Supervisors meeting on Tuesday (May 7), John Cook and Kathy Smith, the district supervisors for Braddock and Sully, respectively, presented a board matter prompting the investigation into whether American Disposal Services has violated any consumer protection laws.

“For the last several weeks, American has failed to make many trash pick-ups in the county,” the board matter says. “Trash is left on street corners, or in overflowing HOA dumpsters. This open trash attracts rats and other vermin, it smells, and is ugly.”

Cook and Smith said that the trash collection’s failures are creating a “significant” health, safety and community enjoyment problems.

Inside NoVa recently reported that a spokesman for the Solid Waste Management Program of the Fairfax County Department of Public Works and Environmental Services (DPWES) received 143 missed-pickup complaints this year as of May 1.

While DPWES serves about 45,000 homes in the county, 22 private companies pick up trash for the remaining 400,000 homes, the article notes.

Based in Manassas, American Disposal Services is the primary private trash service company for county residents, according to the board matter.

“This shortage we’ve been experiencing for the last few years, but we’ve been able to keep ahead of it,” Edwards said. “The majority of what we have been doing has been delays instead of failed pick-ups.”

To address the shortage, Edwards said that the two-day trash service pick-up has been temporarily shifted to now once a week and on a different day, affecting about 10,000 of American Disposal Services’ roughly 100,000 Fairfax County customers.

While American Disposal Services tracks the number of failed pick-ups that get reported by customers, Edwards did not have information available to share on how many failed pick-ups have been reported in Fairfax County for the last six months or last few weeks.

Edwards said in response to the board matter “the level that is being described is not entirely accurate” and that public health shouldn’t be an issue because the company has been alerting residents via phone calls, texts and website updates between one week to 24 hours in advance about changed schedules.

For a long-term solution, Edwards said the company has been “aggressively hiring and recruiting” for several months and trying to convert some customers over to a once-a-week schedule.

Trash schedules have been “back on track” this week and American Disposal Services is talking to the county, Edwards said.

Fairfax County decided on Tuesday to request the county attorney to prepare a briefing for the board for the closed session of the May 12 meeting. The board matter says:

This briefing should include an analysis of all applicable consumer protection statutes, potential claims of fraud, or other legal issues potentially arising out of American’s failure to meet its commitments to our residents, and any options for the county to seek legal remedies. Fairfax County should continue to assist American in providing its promised services, but must also make clear that this is American’s problem, and we expect the company to solve it in the next two weeks, or else the County will be prepared to take whatever legal action may be available.

Staff from DPWES, Consumer Affairs and the Health Department have been working with American Disposal Services for the last few weeks on the issues and the county executive updated the Board of Supervisors on the county’s efforts on Monday, May 6, according to the board matter.

“All trash haulers in the country are facing challenges, but here in Fairfax, after the acquisition by Waste Connections, American’s problems are more acute,” the board matter says.