Making beer is no different than cooking food.

Cooking and brewing are no different than a chemistry experiment. Heating, freezing, mixing and blending are all processes used in the kitchen, brewery and the laboratory. So, what happens when two MIT graduates in environmental engineering come together to open up a brewery? An equilibrium of course.

When Ricardo Petroni and Peter Oates decided to open up Equilibrium in 2016 they set out to make better beer than the rest based on “scientific principles focused on balancing drinkability and massive flavor.”

“It’s about achieving equilibrium in each beer,” said Oates.

Did I mention these guys got their PhDs at MIT? Peter Oates literally started home brewing by building his own automated brewing system… making six batches of beer a day… just for fun. 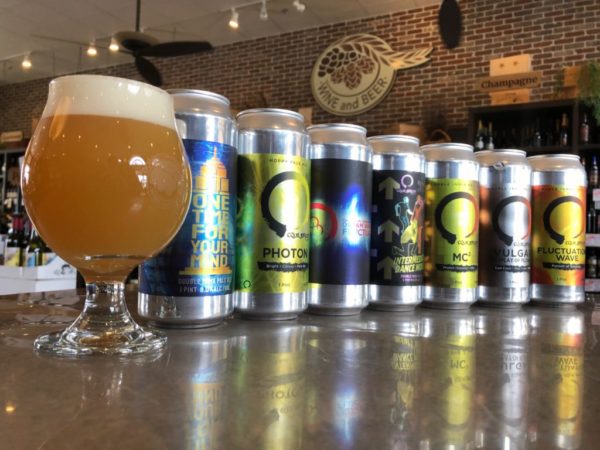 Peter who claims brewing beer is seven eighths science, one eighths art, is part of a new breed of brewers (Sapwood Cellars) that are literally laboratory scientist studying “distributions of thousands of compounds and which one does what and how it effects your sensory profile.”

Sounds good to me.

Since opening, Equilibrium has quickly amassed a huge following in the craft beer community and quite frankly, Equilibrium Brewery is one of the best and most exciting breweries in the game right now.

Currently holding one of the highest overall average ratings on Untappd, world-wide. A widely respected brewery within the industry, with a reputation for producing highly sought after world-class hazy IPA’s, fruited wild ales/sours, stouts and more.

With that said, we couldn’t be more excited to share their work with the DMV this Saturday, March 23 at our sister store Downtown Crown Wine and Beer in Gaithersburg starting at 10 a.m. We will have seven of their canned beers for sale as well as three bottled and seven drafts on tap.

More details can be found here on our Facebook page Downtown Crown Wine and Beer.