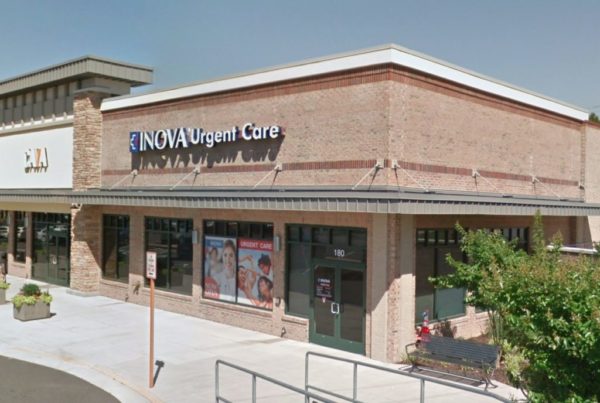 The incident happened shortly after 1 p.m. at the Inova Urgent Care center at 180 Maple Avenue W. Police were called after a man was refused entry to his wife’s exam room by urgent care staff, citing company policy.

“The man and his wife left the facility and called the police,” the Vienna Police Department said in its weekly crime report. “Officers summoned EMS personnel who evaluated the wife but found she was not in need of any further treatment.”

Reached for comment, an Inova spokeswoman told Tysons Reporter that family members are allowed in exam rooms “at the discretion of the patient.”

“In compliance with HIPAA laws, Inova cannot comment on specific patient matters,” said Iova’s Tracy Connell. “At the discretion of the patient, family members may accompany patients in examination rooms at our Urgent Care Centers.”