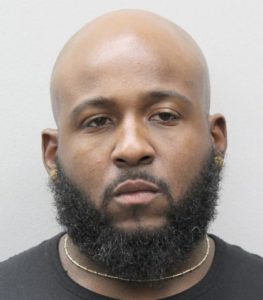 The man, 32-year-old Vijay Lindsay of Orange, Virginia, is now facing a number of charges after police say he was driving erratically and tried to flee from a traffic stop. It’s his third DUI charge in five years, according to a crime report.

DRIVING WHILE INTOXICATED/ PURSUIT: I-495 Express Lane over Dolley Madison Boulevard, 1/1/19, 3:32 p.m. An officer observed a vehicle that was weaving and unable to maintain speed. The officer attempted a traffic stop; however, the driver disregarded the signal and kept going. The driver, Vijay Lindsay, 32, of Orange, Virginia, was eventually stopped and charged with felony eluding, felony driving while intoxicated (3rd conviction in 5 years), and refusal of blood or breath test.