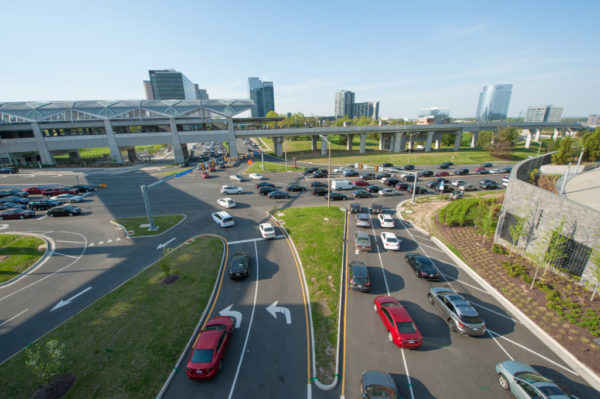 The day is here — the Tuesday before Thanksgiving, one of the busiest car travel days of the year.

More on just how bad traffic will be from AAA Mid-Atlantic:

Tuesday at 5:30 p.m. is virtually “Zero Hour” if you are traveling clockwise on the Capital Beltway when traffic speeds will be down to about 7 miles per hour (mph), as you crawl toward your Thanksgiving destination, according to projections by INRIX, in collaboration with AAA. Tuesday, the eve of Thanksgiving Eve, is also the absolute worst time to be caught on the Outer Loop of the Capital Beltway, especially during the evening rush hour at 6:15 p.m. Here, travel delays will increase nearly 100 percent and travel speeds will drop to 23 miles per hour, as holiday travelers and commuters co-mingle and converge at one of the biggest bottlenecks in the Washington metro area.

Thanksgiving Eve, Wednesday November 21, is the worst day and time to travel for holiday travelers taking Interstate 95 North, Interstate 270 North, and U.S. 50 East, according to data from INRIX. There are 15 freeway segments to eschew. Knowing when and where congestion will build can help drivers avoid the stress of sitting in traffic. Then there are the hotspots to circumvent and circumnavigate during the getaway period. […]

“With 1.2 million Washington area residents hitting the highways for the holiday, travel delays will become a contagion on area freeways and highways on the Tuesday before Thanksgiving and on Thanksgiving Eve, as virtually everyone experiences a significant increase in travel times and traffic congestion,” said John B. Townsend II, AAA Mid-Atlantic’s Manager of Public and Government Affairs. “Holiday traffic, and any poor soul caught up in it, will creep, crawl and slither along. Given this, holiday travelers will be forced to add ‘extra buffer time’ to their trips to reach their Thanksgiving destinations on time.”

That brings us to our poll question: we’re wondering if Tysons Reporter readers will be heading out of town for holiday, despite the big traffic rush, or staying here. Also, while we’re at it, what about Christmas travel?

Regardless of whether you’re driving, flying or otherwise, let us know if you’re heading out of town for the holidays.