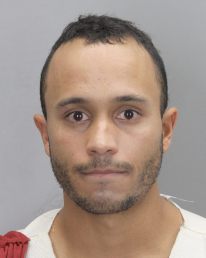 The incident started when police were called to the 6800 block of Dillon Avenue in McLean just after midnight for a report of a loud party.

“When officers walked towards the backyard, a man, Michael Wade, 20, of Maryland, became belligerent and tried to hit our officer,” FCPD said in a crime report. “When officers searched him, alcohol was discovered. Wade was arrested and charged with attempted assault on a law enforcement officer and underage possession of alcohol.”