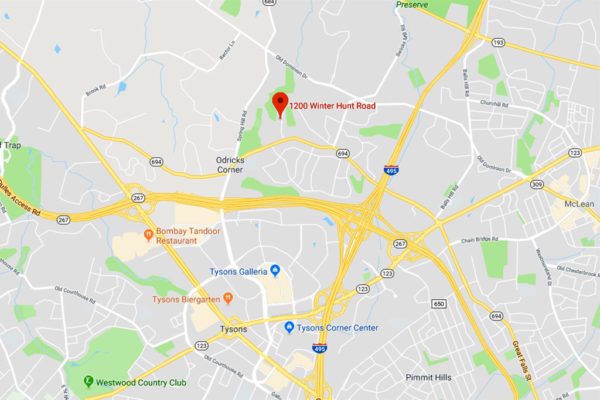 Fairfax County Fire and Rescue is on scene of a small fire at a house in the McLean area.

The fire on the 1200 block of Winter Hunt Road started in a bathroom exhaust fan, the department said via Twitter. It was quickly extinguished, but not before sending light smoke billowing out of the home’s attic.

Firefighters are now checking to see if the fire spread to other parts of the home.

The initial structure fire dispatch, which went out just before 2 p.m., drew a mutual aid response from as far away as Arlington.